Bagley & Sewall (later Black Clawson) was a large manufacturing complex situated on Sewall's Island on the Black River in Watertown. The company, throughout its history, focused on the manufacture of machinery used in factories, mainly in the paper industry.

The company got its start in the 1820's when George Goulding opened a machine manufacturing plant on Sewall's Island, supplying machinery to mills in Watertown. Over time, Goulding's company became immensely successful, eventually expanding its facilities in order to supply machinery to mills and factories across the United States. In 1853, to create more capital to expand his company, Goulding partnered with George Bagley and Edmund Sewall, two Watertown lawyers and formed the Goulding, Bagley and Sewall partnership. Goulding left the partnership in 1860 (although he remained with the company until 1865), and the company was renamed The Bagley & Sewall Company. 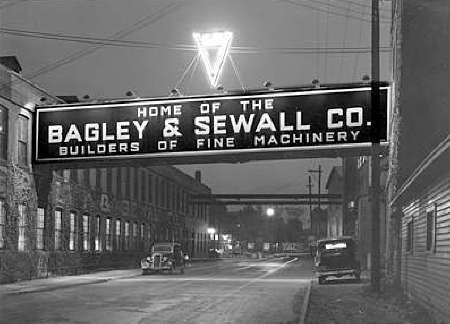 Bagley & Sewall expanded considerably starting in the 1880's and continuing into the next century, and in time focused their product line almost entirely on the paper industry, creating some of the most sophisticated paper making machinery of the time. The company became known all over the world, selling its products to many countries, including Great Britain, Norway, Russia and Japan, among others.

As a heavy foundry operation, though, Bagley & Sewell's name turned up in numerous products, like this manhole cover pictured on Watertown's Cross Street and throughout that area of the city. During World War Two, the company was given numerous government contracts to provide mill and factory machinery due to the war effort while neighbor New York Air Brake made tank turrets and other tank parts. 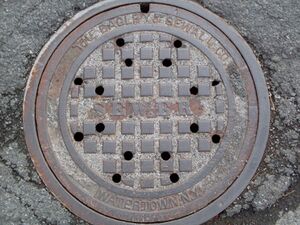 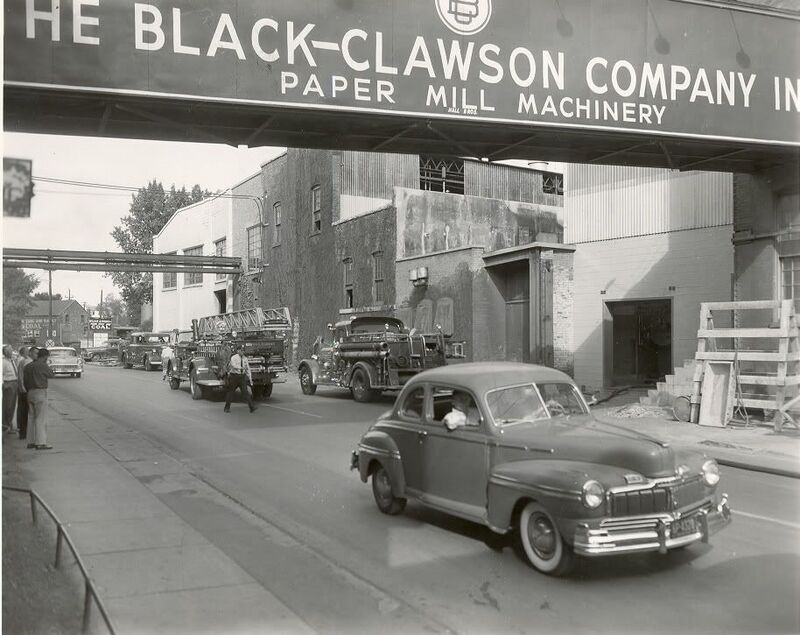 Plans were underway for a phased demolition of the abandoned complex when in 2005, an arsonist set fire to one of the old foundries, Several of the buildings burned to the ground, the fire causing environmental concern as old chemicals and machinery were still inside the buildings. The buildings that were destroyed were cleared away, while some buildings in the complex still remain standing.

Retrieved from "https://jeffcowiki.miraheze.org/w/index.php?title=Bagley_%26_Sewall&oldid=2207"
Cookies help us deliver our services. By using our services, you agree to our use of cookies.